It’s only a few more days until the start of Week 3, and Reason LoL looks to take on the newly acquired Gamers2. Former-SK midlaner, Carlos “ocelote” Rodríguez Santiago, started G2 in hopes of creating a new LCS team, but after failing to qualify for the Challenger series, he quickly moved himself to the owner position, and picked up Team Nevo, a team that had already qualified for the Challenger Series.

Gamers2 is currently 2-2, tied for 2nd, and their only loses come from Origen. So much like Reason, they’re a team with potential but the only thing standing in their way, is Origen. But after this match up, one of these teams will come out on top, just sitting below Origen.

Lets start off with how each team played against Origen. G2’s matches were very short and one sided. Generally 30 minute games. Reason played a near hour long, 52 minute, Game 1, with Game 2 being a shorter, 30 minute, one sided match up. But what differs these two teams? Reason’s Game 1 was so close because they read Origen like a book, but small misplays that were easily noticed by the former-LCS player filled squad. That, and the full AP J4 might not have been the best idea. G2 are known for their strong individual play, which most strong junglers like Amazing and Xayoo can counter with strong team play.

Top Lane:
Not much is known about the former SK Prime top laner, SmittyJ. SK Prime was not in the Challenger series around the time Smitty was apart of the roster. He is a standard top laner, playing standard picks, and is a very Dyrus-esque player. The match up against Kubon could as well be very one sided in favor of Kubon.

Jungle:
Gilius is essentially the face of the new G2 roster. Playing in SK Prime, Planetkey Dynamics, Unicorns of Love, and Meloncats, he is the more popular and experienced player of the G2 roster. His jungling skills are definitely recognizable, and his ganking skills are above average. If Rengar gets banned out, Xayoo could possibly have issues against Gilius, but that doesn’t mean the team won’t be able to defend themselves.

Mid Lane:
Eika is a very unknown French player. Seeing as most top French players have played for Millenium or Eclypsia (Remember that name?), and he’s a fairly new player, not a whole lot is known about him. He has a large champion pool, playing Ahri, Zed, and Orianna, he will not have bans targetted against him, so the team will have to find a way to shut him out early. He’s a very adaptive player, and can be seen as a challenge.

Bottom Lane:
Jebus and Hiiva are brand new bot lane, only playing together in Nevo. With our bottom lame being together for 5 months now, their synergy alone could easily win them their lane. Jebus and Hiiva, as well as the entirety of Gamers2, pick things you aren’t very conventional for Season 5. To me, it seems like they’re still playing like it’s Season 4, with qtpie/KiWiKiD combos. Unconventional, but still useful, especially in their 2-0 victory against LowLandLions.

Verdict:
Even though they took out LLL 2-0, they’re still a new team. A team without much experience going against a roster that’s been together for almost 6 months. Gilius and Smitty, the two former SK Prime members, might show us a bit of a challenge as they more than likely have their own synergy, but their communication could easily best them against our roster. I’m expecting a 2-0 for Reason, with the chance of a 1-1 depending on how well G2 can adapt. Lets just hope Xayoo doesn’t try AP Jarvan again. 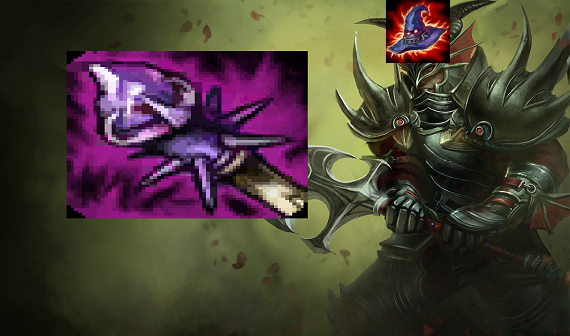