Headlines
The new faces of Reason Gaming
A wrap up of 2018 and what’s to...
We’re at it again!
Gfinity Elite Series Season 2: Season Recap and...
Reason Gaming enter the Battlegrounds
End of the line for Brawlhalla
Reason now partnered with noblechairs
Deathsie’s Dreamhack Summer
Brawlhalla at Combo Breaker
A Reason to Play: Tavern Tycoon
Home Heroes of Newerth Garena purchases Heroes of Newerth
Heroes of Newerth

On May 5th, 2015, it was announced that the ownership of S2 Games’ Heroes of Newerth would be switching hands to Frostburn Studios (not to be confused with Frostbite Engine). Garena is a Singaporean owned Internet Platform Provider (IPP) that has both PC and mobile online data, much like Verizon Wireless/FiOS, that helped bring multiple online games such as League of Legends, Point Blank, and FIFA Online 3 to Southeast Asia. These games have seen major success in the region, thanks to Garena’s well above average marketing.

With the more recent Heroes of Newerth HoN Tour Season 3 and World Finals, they peaked at an immaculate $700,000 USD in prize money over the season, which is an all-time high for HoN eSports. Garena also hosts the Garena Premier League for League of Legends, which is the Southeast Asian LCS, with a prize pool of $100,000 every split. Many are expecting big things in the expansion of Heroes of Newerth.

Garena is also promising the option for custom maps, new game modes such as fan-favorite Blitz Mode and The Grimm Hunt, along with increased art quality, and increased game stability.

This could very well be the rise of Heroes of Newerth, and we might even see organizations like compLexity come back to the scene with their Dota 2 team switching back to HoN. Crazier things have happened, so you never know what to expect when something this major happens. 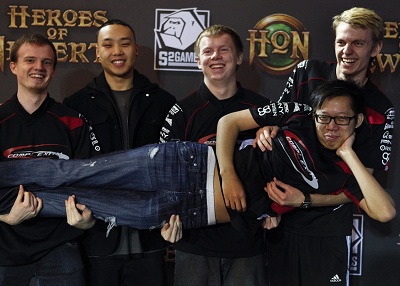 Garena purchases Heroes of Newerth was last modified: May 10th, 2015 by Nolan Mercer