After finishing 2nd in their group yesterday, Reason Gaming were now through to the play-offs and their first challenge of the night would be beating the German team mousesports, once home to Reason’s current star player Finn “karrigan” Andersen. Taking down renowned names such as Na’Vi and NiP, mousesports have let the world know they are a force to be reckoned it. But with Reason showing their teeth against HellRaisers yesterday, beating them 16:8, there was a good chance this quarter final win would go to the Danes.

Reason started as CT’s, the more favorable side on de_inferno. And right off the bat they used that advantage, shutting down mousesports’ push onto A to win the first pistol round, forcing the Germans two double eco. On the 4th round, mousesports could finally buy up and with AK-47’s in hand, they burst into the B bombsite taking down the defending CT’s to plant the bomb and win their first point in this match-up. And it looked like they would win the following round aswell but with Frederik “LOMME” Nielsen as the last standing CT he managed to find the headshot and defuse the bomb, making the score 4:1 in favor of Reason. The 6th round was another close one but yet again Reason came out on top, pushing the lead to 5:1 with mousesports back to eco:ing.

On the 8th round, Nikolaj “EXR” Therkildsen made an aggressive move pushing down the banana, catching mousesports by surprise. But an unfortunate team kill meant an unfavorable two-on-two situation for Reason. Mousesports decided on the A bombsite to plant the bomb and fight off the retaking CT’s reducing the gap to 3:6. Mousesports continued playing well, stringing two more rounds together for a total of five points to Reason’s six. The two teams traded rounds for a while until Reason managed to pull away thanks to an impressive quad kill from LOMME, making the score 8:6 in favor of the Danes. The last round of the half went to mousesports after a successful push onto A, making the score 7:8 as they switched sides. 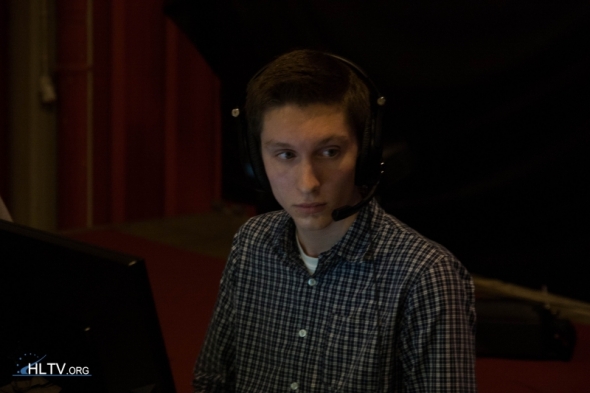 LOMME top fragging in the match against mousesports. Picture courtesy of hltv.org.

Now as Counter-Terrorists, mousesports lost the A bombsite but some crazy aiming from Johannes “tabseN” Wodarz meant the Germans were in a man advantage, allowing for a retake to win the second pistol. A bomb plant on the 17th round meant Reason could buy up on the 18th and with karrigan pulling off a running headshot, the Danes could push into A and get the bomb down. Smart play from Reason resulted in the bomb timer running out, forcing mousesports to save their rifles and letting the Danes equalize the score 9:9. Reason managed to string three more rounds together to pull away with 12 points to mousesports’ 9. The Germans finally got a point in but on the 23rd round LOMME landed three quick headshots, paving the way for his team take over the A bombsite and get another point on the board. After LOMME’s crushing play, things fell apart for mousesports and Reason just ran them over, picking up the last three points of the match to finalize the score at 16:10.

When switching sides, mousesports definitely had the upper hand but with a strong T-side, Reason managed to bring it back and win the match. The next team standing in the way of Reason will be LGB. Check back to reason-gaming.net for full coverage.