After beating mousesports (16-10) on de_inferno, Reason was now up against the Swedish youngsters in LGB eSports. This match decided who would make the grand final and who would get knocked out of the tournament.

Reason had an early advantage as CT’s on de_mirage but a great hold from LGB meant Frederik “LOMME” Nielsen was alone versus two terrorists. He tried his luck with a ninja defuse but LGB eventually found him through the smoke while securing the first point of the match. On the first gun round, Reason managed to hold back the push from LGB and grab the point but the Swedes bounced right back with two rounds of their own, pulling away 5:1.

On the 7th round Finn “karrigan” Andersen picked up a beastly quad kill to stop LGB in their tracks while putting a second point on the board for his team. But for every point Reason got, LGB claimed a few for themselves and soon enough things were getting out of hand for the Danes, trailing behind 2:7. Reason managed to pull themselves together though as they won three quick rounds before LGB returned with two points of their own. The two last rounds went Reason’s way after a few successful retakes, making the score 7:8 as the teams switched sides. 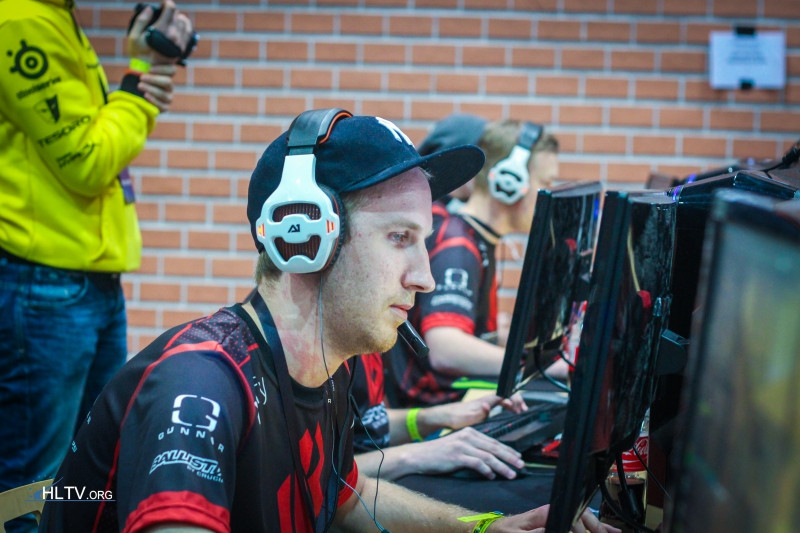 LGB’s olofm was on point tonight against Reason. Picture courtesy of hltv.org.

LGB, now playing as CT’s couldn’t hold off Reason’s push onto A but some sloppy play from the Danish team opened up for LGB to retake the site and win the round while putting Reason in an unfavorable economical situation. LGB capitalized on the momentum gained from the pistol round, picking up 6 consecutive points to pull away 15:7, leaving Reason without an answer to LGB’s so far flawless CT-side. The last round was a real slaughter as Simon ”twist” Eliasson went mental with his awp in mid, shutting down Reason completely and ultimately leading his team to victory in this best-of-one.

The match started off fairly even but the Swedes in LGB eSports woke up in the second half, getting eight straight rounds to claim the win in this match-up. Reason is knocked out of the tournament and LGB are through to the grand final.

LoL back out of Gamescom

Win another Dota 2 Beta key from...