Reason took a beating earlier today as they faced off against HellRaisers. But Reason fought back in the Losers bracket, prevailing over Wizards while knocking them out of the tournament. This meant they would have to face off against HellRaisers once again to decide who would finish 2nd in Group B and make it to tomorrow’s quarter finals.

Reason started off on the more favorable CT-side on de_inferno and the round quickly turned into a three-on-two situation for Reason who managed to retake the B bombsite, winning that crucial first point. HellRaisers did an early 3rd round buy but Finn “karrigan” Andersen who had really been on fire tonight denied the entry onto A, picking up two important awp kills to win the round for his team.

Reason continued steamrolling HellRaisers, picking up 4 points in a row to make it six to nothing for the Danish team and it wasn’t until the 7th round when HellRaisers could finally get a point on the board, following a somewhat shaky push onto A to plant the bomb and successfully defend it. But the Danes turn it right back with three rounds of their own, pulling away even further with an 9-1 scoreline. Some impressive clutch play from Kirill “ANGE1” Karasiow allowed HellRaisers to bring it back a little bit, picking up two consecutive rounds to make the score 3-9, but a great double-kill spraydown from Frederik “LOMME” Nielsen opened up for his team to shut the A push down and make the score 10-3 in favor of Reason. 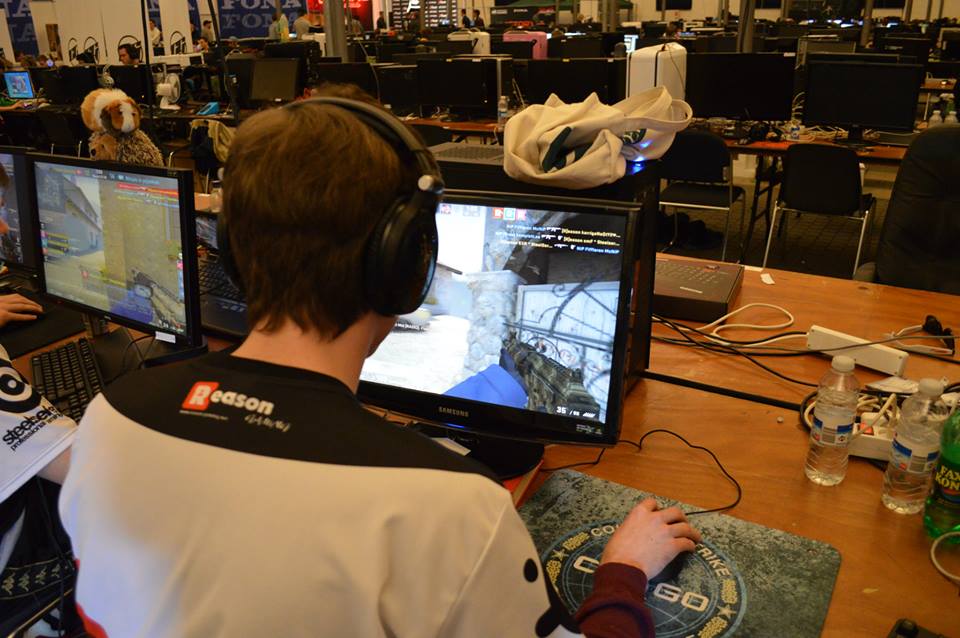 On the 14th round, Emil “kucher” Akhundov got an impressive triple kill with his awp on A site, opening up for his team to put the bomb down. Reason didn’t manage to make the retake work meaning HellRaisers got a 4th point on the board, making the score 4-10. On the last round of the half, Nikolaj “EXR” Therkildsen got an important double spraydown on B bombsite, completely stopping the terrorists in their tracks to make the half-time score 10-5, putting Reason in a somewhat comfortable lead.

The second pistol was a must-win for HellRaisers but they just couldn’t hold back the glock train mounted by Reason who stormed the A bombsite winning a near flawless round. HellRaisers who had to double eco, actually managed to win the second one with an excellent crossfire out on the A site balcony, meaning Reason was in an eco position instead. HellRaisers won four rounds in a row before Reason could punch a whole in their defense with a sweaty stand-off on the A site that in the end fell Reason’s way, making the score 14-8 for the Danes. On the 24th round, EXR was stuck between a rock and a hard place being the lone terrorist against two defending CT’s. Two impressive headshots later, EXR put his team at match point 15-8. The last round was a quick on with only Mihail “Dosia” Stolyarov left against three Reason players. He couldn’t make anything of it meaning Reason had gotten revenge on HellRaisers, winning the match with a 16-8 scoreline.

A loss earlier today didn’t scare Reason as they came back stronger than ever to triumph over HellRaisers, meaning they are through to the play-offs tomorrow. Check back to reason-gaming.net for complete coverage of the E-sport-bets cup.

Reason.DotA2 to play in Infused Cup