On Thursday our very own League of Legends squad faced up against N!Faculty in the final stages of the Challenger Series league. A decisive victory came in under 30 minutes, with a dominating performance from the Reason Crew, especially Jonas “Trashy” Andersen on one of his current favourite champions, Wukong. 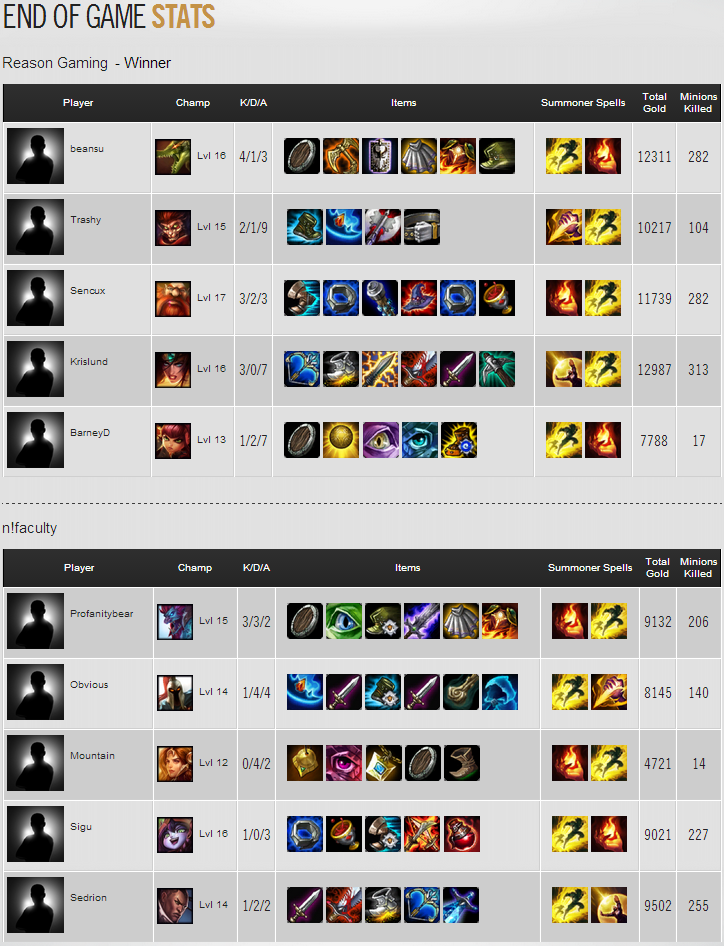 Watch a VoD of the game here:

The teams first match in the Challenger Series is against the roster formerly of the MeetYourMakers organisation, who competed in the LCS in the 2013 Summer Season, which takes place at 6pm GMT on Wednesday the 12th of March.

Due to practising hard for this matchup, the team has decided to not participate in the FACEIT challenger invitational this weekend.