The January 15th ‘Online MLG Tournament’ contained 7 of the top EU Hearthstone players, and our very own Kaldi made his way all the way to the final, losing only to Cindr EU5 in a hard fought 2-3 defeat. 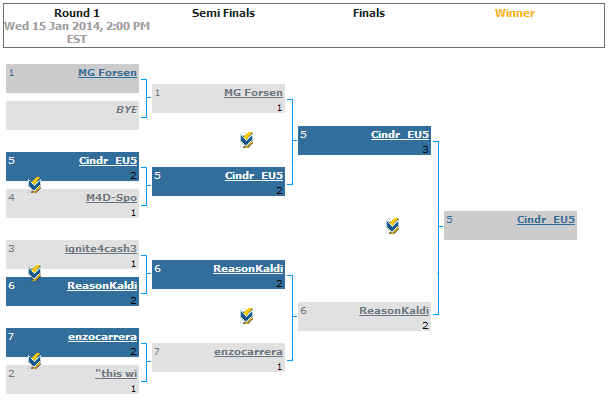 Here’s Kaldi’s own opinion on how the tournament went;

“The first game in the final really went my way and everything was as expected. Game 2 & 3 were very even with each player winning one. Game 4 my opponent really changed up his playstyle and was behind, but managed to win with a crazy comback-combo. The final game I decided to counter what he did in game 4 but unfortunately he went for the same deck as he used in game 1-2 so I ended up losing 3-2.

I am very happy with the tournament overall, there were no major misplays and with a Bo5 final it often comes down to a situation where you have to go with your gut and try to anticipate what your opponent is doing. That worked for me until the last game and that’s just sometimes how it goes 🙂 overall very happy with second place.“

The tournament was broadcast and commentated from Kaldi’s point of view over at hitbox.tv, providing great insight into the highest levels of Hearthstone gameplay.

Reason.DotA2 to play in Infused Cup