With the Shootmania scene gathering momentum and the game not even venturing out of beta til next year, we are very keen to make a  name for ourselves in this scene. We currently have 2 teams under the Reason name, battling for the chance to represent Reason across Europe at Shootmania events. One started their trail for us at ESWC under the name ONOZ where they had an unlucky group and didn’t manage to progress any further, but showed some encouraging plays against teams like Dignitas.

The other team has been dominating the UK scene under the name GOML (Get On My Level), repeatedly getting to the final 4 and higher in every cup they have entered and winning games againsted Organisations such as Infused and Dignitas. In true eSports style, this team started to come unhinged when showed interest. One member didn’t want to play for an organisation, and another didn’t want to go through the strain of having to rebuild. Luckily the on guy left had contacts and has reformed the team that has returned to the same skill level they were playing at before. They will be attending iSeries as Reason Gaming and we look forward to meeting them there.

Once the dust has settled after iSeries, we will be having a best of 5 play off between the 2 teams to give them a fair chance to fight for the spot in Reason Gaming. This event will be streamed so you can tune in and cheer on your favorite of the 2!

For the time being though, I would like to introduce you to our 2 Shootmania Teams:

Jamesey had this to say:

We are a new team to Shootmania, with 2 of our players only picking the game up properly a week ago, we’re looking forward to going into iseries as the underdogs and really appreciate Reason supporting us as we strive to take first place. We are quietly optimistic and hope to have our gameplay honed in the short run up to iseries

Their manager, Poniav, gave us this statement just before ESWC:

After recent problems with our former team, for unfulfilled promises, we were looking for a serious organisation, which could follow us for the season. Therefore, it’s with a great pleasure that my players and me join Reason Gaming. A serious structure which exists for years and in which we trust. Although, the team is now eager to show its potential and motivation during next ESWC World as well as in upcoming events. We would like to thank Reason Gaming for their welcome and we hope we will make beautiful things together. 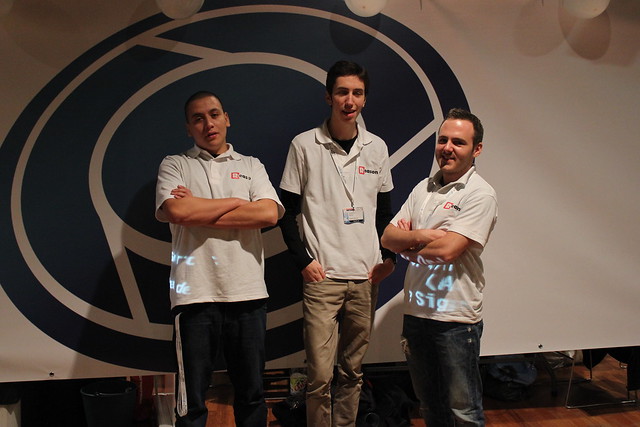 Take a seat with our new partner