Headlines
Reason partner with ExpressVPN
The new faces of Reason Gaming
A wrap up of 2018 and what’s to...
We’re at it again!
Gfinity Elite Series Season 2: Season Recap and...
Reason Gaming enter the Battlegrounds
End of the line for Brawlhalla
Reason now partnered with noblechairs
Deathsie’s Dreamhack Summer
Brawlhalla at Combo Breaker
Home General Interview with Kyanite!
General

Our content writer OPZ sat down to interview Kyanite, newly announced caster for Reason’s CSGO matches. He fired some questions towards our man of the hour, and he was up for the challenge.

OPZ: Could you introduce yourself to us, and to the community?

Kyanite: My name is Karam, also known as Kyanite in the world of CS. I’m from Blackburn, England but live mainly in Leicester due to Uni. A few people call me ‘the Arab’ because of my Lebanese background.

OPZ: What will your role be in Reason Gaming?

Kyanite: Well, to be fully honest with you, I haven’t been given an exact role title just yet. I’ve been brought in for casting/streaming purposes since that’s what I do pretty much after I stopped my playing days. So I guess my role is going to be to cast and stream CS:GO for Reason Gaming TV.

OPZ: You mentioned us your playing past, tell us a bit more about it?

Kyanite: Well, I first discovered Counter-Strike in Germany when I was around 13-years-old. It started with cs 1.5, then I started playing a bit of 1.6 and I eventually settled on Source. I was just your everyday regular competitive cs player to be fully honest with you. I played with more or less the same bunch of people for 2-3 years. However I had to put my playing days to an end to concentrate more on University.

OPZ: That’s quite a long history of gaming, awesome! How did you end up to Reason Gaming?

Kyanite: During my playing days, I occasionally streamed and casted CS:S tournament matches. When I quit, Anexis eSports approached me to cast for them. After that came to a bit of a stand still after 2 years, I got a message from Joe who offered me something similar here at Reason.

OPZ: How did you get into casting in the beginning?

Kyanite: It all started from the legendary Vitriolic vs. Reason YouTube video. I’m pretty good at impersonating voices and accents, so I used to impersonate the legendary ReDeYe’s voice on Mumble/Teamspeak 3 during clutch situations. Then someone asked me to actually try casting in my regular voice for fun and it went on from there. Rumour has it, ReDeYe has actually heard my impression… no idea whether it’s true or not though.

OPZ: You could ask about it from ReDeYe one day, because we would be thrilled to know if that is actually true! What do you like about casting the most?

Kyanite: I love interacting with the viewers. When I cast, I feel like I’m doing it for the viewers and that I want to please them. When I casted at i49, I wanted to interact a lot with the viewers but it didn’t quite happen in the end. I also love the excitement generated from casting. It takes games to another level! 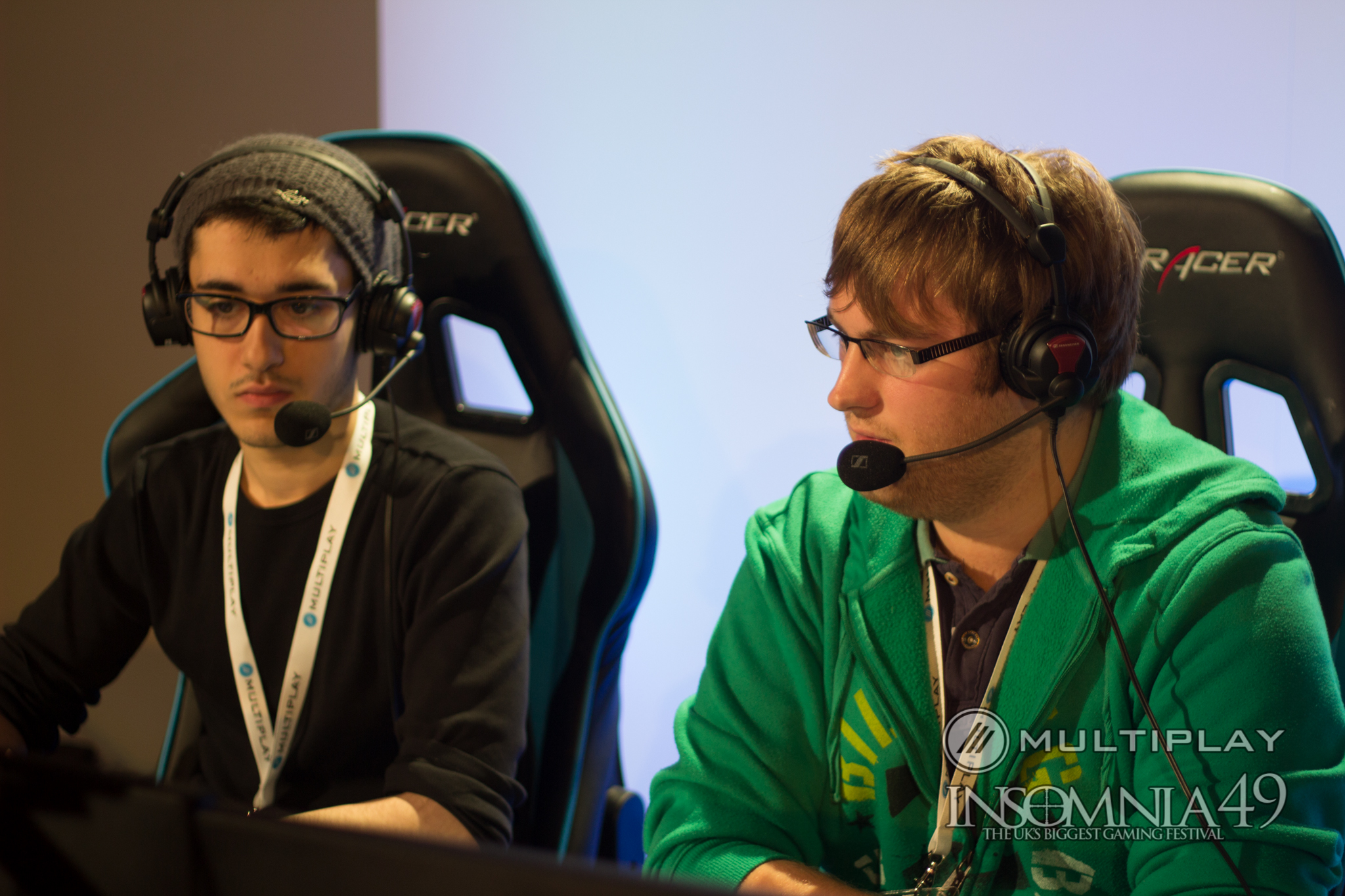 Kyanite in action alongside BiGz, his co-caster from i49. (Photo: i49 photography staff, click here to enter their Flickr)

OPZ: What do you hope from the future?

Kyanite: I hope I get a chance to cast another I-series to be honest. I was asked regarding possibly attending the most recent i50 event but I couldn’t make it due to University. If I had one ultimate wish for the future it would be for my course to reduce the workload from around 50 hours a week… that way I’d actually have time to cast!

OPZ: Before we close out the interview, do you have any shoutouts?

Kyanite: Big shoutout to anakintm & danskii for the support they’ve given me when it comes to casting. Big shoutout to Reason’s very own razeh for his awesome graphics. Big shoutout to Joe for contacting me regarding this position at Reason and finally another big shoutout to Dom, PandawaN & marKo for being awesome people in general, as well as you for making this interview happen!

OPZ: Thank you for the great interview, it was a pleasure talking with you! For the behalf of Reason Gaming and the community, warm welcome to the family once more!

Kyanite: Thank you, it was a pleasure!

Remember to give our new CSGO caster a warm welcome in social media and follow him on Twitter to get the latest updates from this awesome guy: @ReasonGamingTV