Changes in the Call of Duty Roster 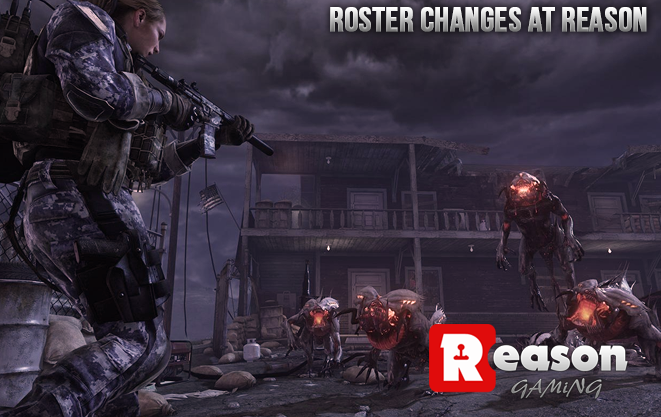 We spoke to the Call of Duty Captain ‘Magaziny’ briefly about the changes and here’s what he had to say;

So walk us briefly through who’s out & who’s in?
When it came to my & Reason’s knowledge that Reedy wanted to leave in the middle of the World Championship Qualifiers, due to arguments between himself & FaTal & them failing to get along after so long. We were all unmotivated due to our chances at World Championships slowly fading away.

Why choose Haddzy & Jord to come in ahead of anyone else?
With this being said, after a few chats with Jord & Haddzy they both said they will be more than happy to come into the Reason camp! After a few scrims with myself, Haddzy, Jord & Ced, me & Ced felt it was the right move for us to pickup to accomplished players. They are hungry to do well & that’s something we didn’t feel FaTaL had.

What do these two new players bring that the last two didn’t?
They both bring massive amounts of slaying power which I felt was the problem in our last team. We chose to bring Jord & Haddzy on board because I’ve known both the players on a personal level for quite a while. Me & Jord always talked about teaming up & this seemed like the right time to make it happen.

What’re your aims with the new squad?
With these changes, I really hope we can make a massive impact within Europe under the Reason Gaming banner & make a name for ourselvess, and establish our & Reason’s names in the console scene once again.

Anything you want to add as we finish up?
“I’d like to thank Ian Sargeant & Adam Heath for standing by us through all of this and showing more faith in the team. We look forward to continuing our work with them as well as our sponsors SteelSeries, hitbox.tv, Mobafire, Duality Media and OnlineKeyStore!”

Changes in the Call of Duty Roster was last modified: March 7th, 2015 by Archived Data

Reason behind the Madness: Lulu