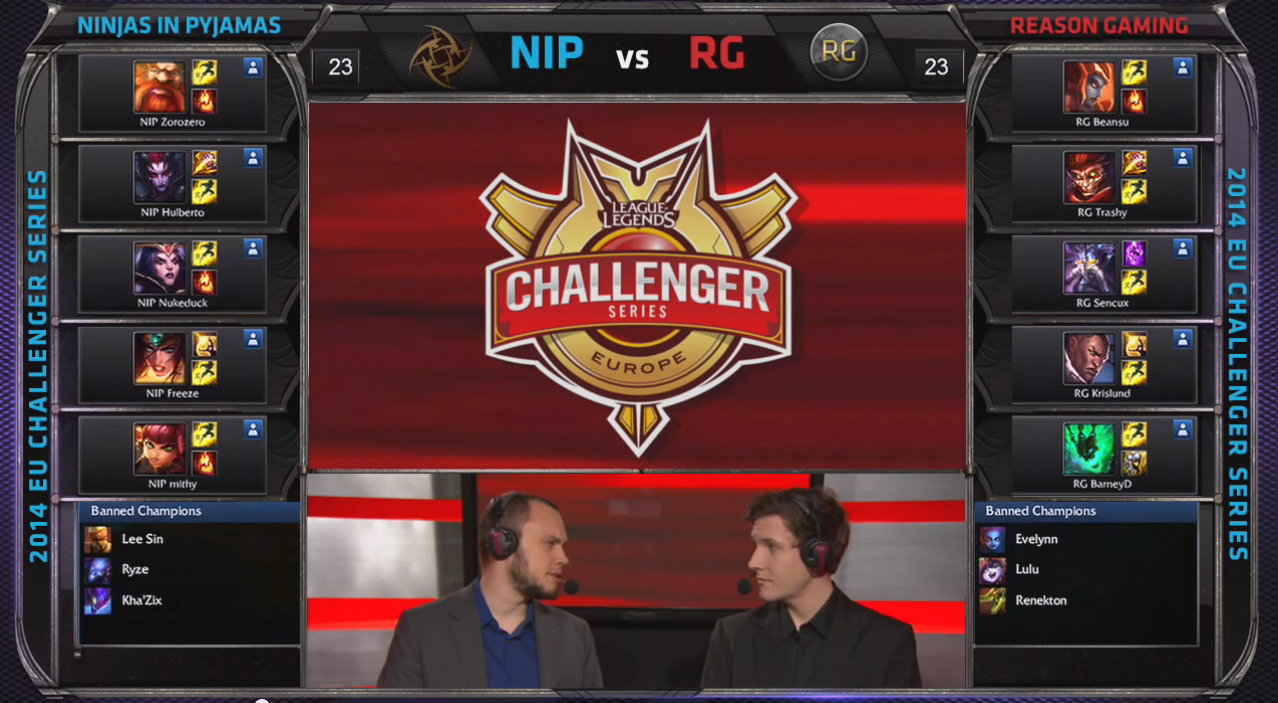 Reason Gaming left the drafting stage with a last pick Kassadin (the game was played on patch 4.3, so it was pre-rework Kassadin) going into lane versus LeBlanc. The comp relied on outscaling the double AP Composition of Ninjas in Pyjamas.

NiP pulled ahead in the early stages of the game with commanding CS leads in every lane, before a well executed gank from Hulberto took down Krislund for first blood. RG tried to play safe with hopes of scaling better into the late game, but unfortunately the overwhelming early game from NiP’s composition proved too much to handle, as the lack of magic resistance on the side of RG lead to every team fight ending in a matter of seconds with RG being bursted down immediately. Reason managed to stall out the game for as long as possible, but the NiP were already over 10K gold ahead and managed to push for the win at 35 minutes. 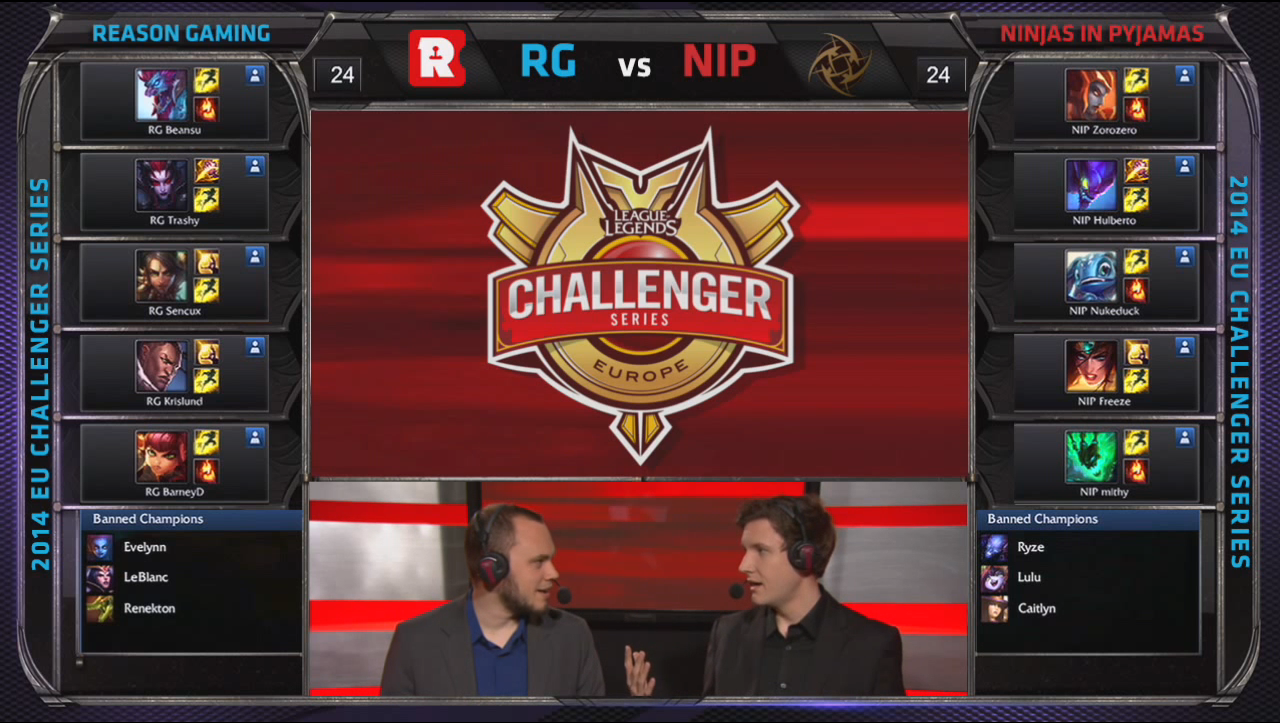 The game started on a low note with a face check from Krislund leaving him on ½ hitpoints at the start of the laning phase, leading to NiP’s botlane once again taking first blood just as Trashy headed to the bottom lane for a gank. Again NiP pulled ahead in CS in every lane, before Hulberto went on a blood hungry hunting spree, picking up kills across the map. Reason Gaming fell behind quickly meaning they were playing from the back foot, but some sieging using Nidalee’s poke picked them up some turrets. NiP took the lead in Kills and Dragons however, before down the Baron Nashor before they finished off the gold starved Reason Gaming.

Reason Gaming’s time in the Challenger Series may have come to an end at the hands of Ninjas in Pyjamas, but it is not all bad news! With the points accumulated in previous wins the team have earned themselves a spot in the Playoffs, which is the opportunity to play for a spot in the 2014 Summer Promotion tournament, the gateway to the LCS!