Note: Due to Riot Games regulations the new Reason Gaming roster played this game under the name Lublin Shore. 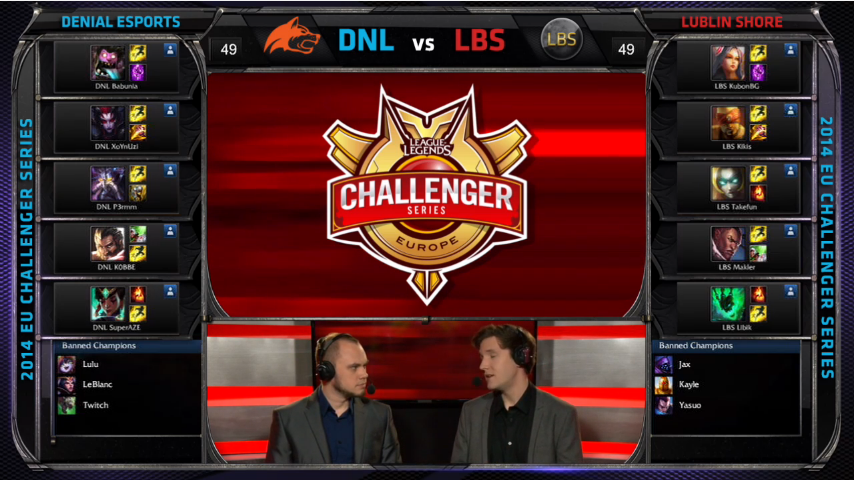 A relatively quiet early game with some dancing around the red/blue buff camps, the lane swap allows Denial to take the first tower providing a gold lead, until Reason Gaming manage to grab the dragon to even it up.
The game takes a rapid change of pace as an Elise dive from XoYnUzi in the mid lane gives Babunia’s Dr Mundo first blood, leading RG to react with a 4 man dive in the bottom lane to take down Kobbe and SuperAze. Denial dive deep in the midlane to pick off Takefun’s Oriana, but RG collapse and swiftly take down P3mm’s Kassadin. With a positional mind game around the Dragon Pit no blood is spilled as Reason pick up the Dragon in exchange for losing their Mid Outer turret.
As Denial arrive to contest Reason’s Red Buff, they are caught between two halves of Reason Gaming and lose two members providing a healthy gold lead to RG. With a short lull in the action RG slowly extend their gold lead until they rotate around to the top lane, diving Babunia and taking two turrets. Reason continue to win small skirmishes across the map, before baiting Denial into a fight near the Baron pit, where they take another two kills and the Baron which extends their gold lead to 11k. After an extended siege in the bottom lane Reason engage with a hook from Libik’s thresh, which leads to a 3 for nothing trade and an inhibitor for good measure. After allowing Denial to lick their wounds Reason kick the pressure back up to a full hit in the top lane,  pushing a gold starved Denial aside. 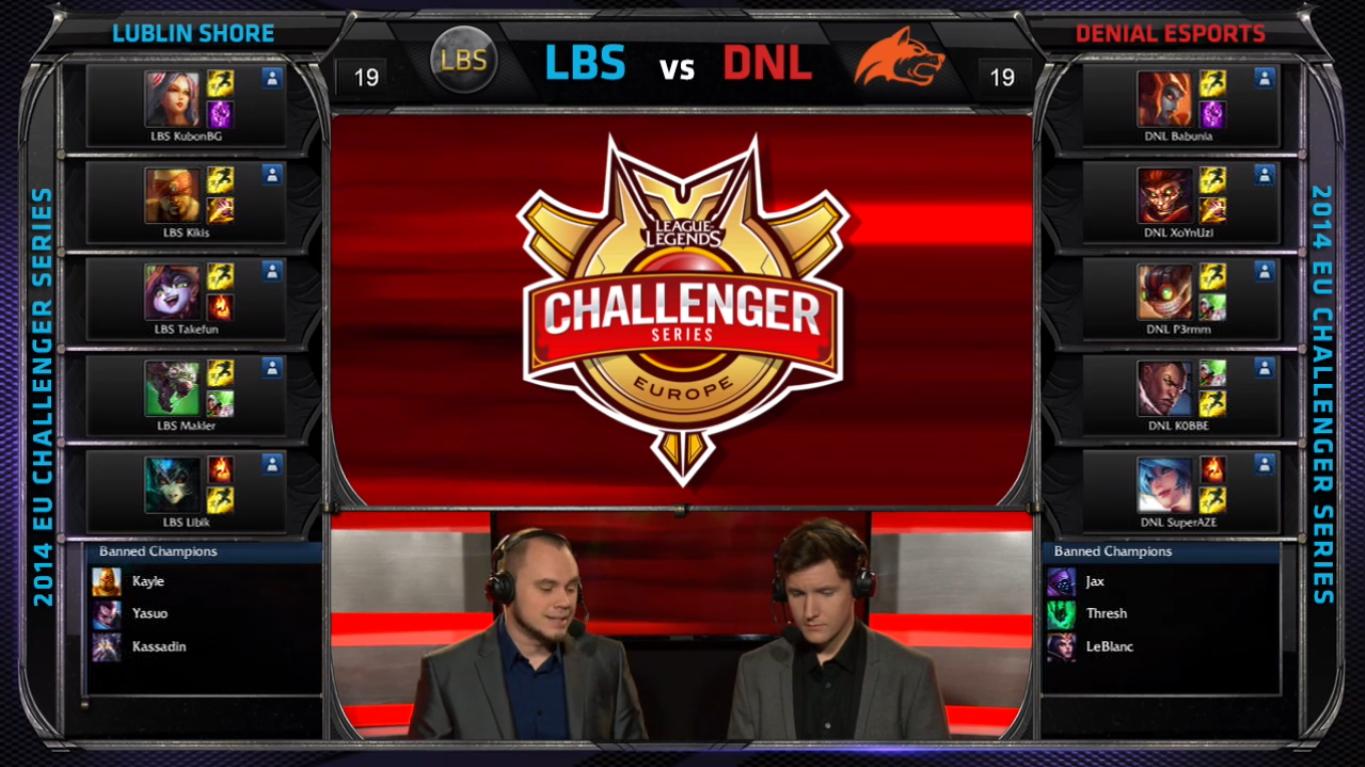 Game 2 begins with another slow early game with Denial edging ahead in CS, until a gank from Kikis in the midlane gives first blood over to Takefun’s Lulu. Some back and forth skirmishes occur across the map but there is no more bloodshed until a fight for blue buff results in Wukong’s demise, while shortly after the Denial botlane grabs a kill in the 2v2 lane. As Libik returns to lane he dies again to a Wukong gank, leaving Makkler to be taken down by a long range Ziggs ult. Though Reason respond quickly enough to grab a pair of kills in exhange. Babunia tries to take down Kubon in the top lane 1 vs 1, but due to hitting the fabled Trinity Force powerspike on Irelia Kubon wins out with health to spare.
Denail attempt to pull Reason Gaming from taking the Dragon, but a huge resonance from Kikis’ Lee Sin sends him right to the Denial back line, allowing RG to take down SuperAZE and Babunia before they back off to finish the Dragon. After using Brute force to take down the mid outter turret, Reason Gaming turn their attention to the bottom lane to take down another turret.
In a fight around the Baron pit Reason come out on top with another 2 kills, but neither team is in a position to take the Baron, with Reason under 50% HP and Denial without their tank and jungler. As Denial respawns they head straight back to the Baron pit but arrive too late, allowing Reason to grab the buff and a substantial 10k gold lead.
With the pace of the game entirely in their hands, Reason Gaming start to apply pressure to every lane, forcing Denial to retreat to their base, while Reason push in the top lane to take the first inhibitor before rotating to the mid and bottom lane to destroy the other two.
With super minions charging down every lane Denial Surrender, giving Reason Gaming the second win and the series!

NASL Season 2 comes to an end