With the end of the Gfinity Elite Series in sight, it’s time for a quick look forward and look back at our times throughout the regular season. All the action can be caught on the twitch stream, and tickets are still available for the play-offs if you grab them quickly.

We’ll start by looking back at our improved Street Fighter season. Picking up a win in the third week meant we finally secured points on the board after a dismal first season. After picking up narrow wins throughout the season, as well as back-to-back wins in the final two weeks, we finish our campaign in 7th, narrowly missing out on 6th by head-to-head.

But the story is what mattered, with draft Boltstrike coming in and performing at a top level on most weeks, the youngster of SaltyKid taking plaudits with his theatrics on occasion and everyone’s favourite teacher Ki113r_7 entering Elite Series folklore with his upset win – we’ve had it all. That also doesn’t mention the rest of the team coming down every week, and the always high support of the players. Wireman with his crowd appearances and analytical insight, Incognitus for his dogged determination and the captain Undacuva, who lead both off-stage as well as on, it’s been one hell of a comeback season. Watch this space for Season 3. 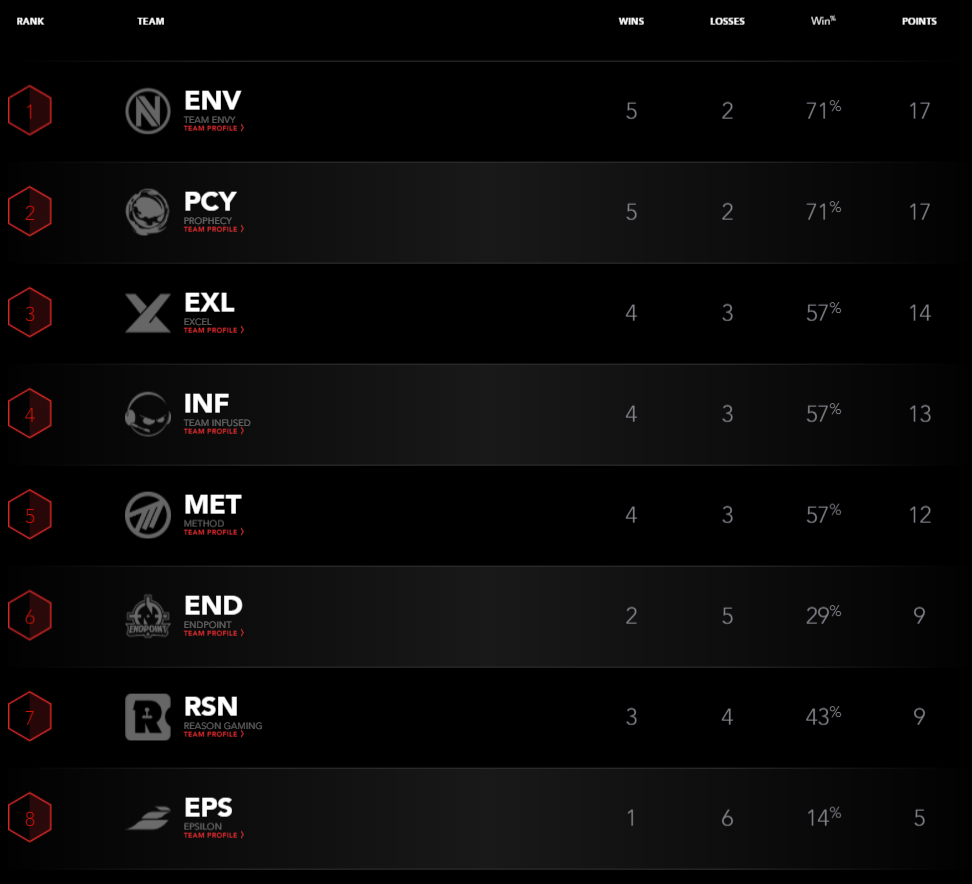 They call them “The Invincibles”, after fashioning a 7-0 regular season whitewash of the opposition teams. After only dropping three individual matches in total, two against Endpoint and one to Epsilon, the boys keep a dominant footing coming into the playoffs. In what has been a total reverse of last season, much movement has been made. The Semi-Final is set to be against a depleted Method side, where their main roster is currently competing in the ELEAGUE competition in Atlanta. With a positive and strong form coming into this match-up, the undefeated trio of Rix_Ronday, Borito B and Tigreee are getting set to make a run to guarantee a final spot.

Our CS:GO troubles were reversed this season by bringing in a Danish line-up of well known players, youngsters and friends. Captain haste approached us with a squad capable of being the best in September, and boy have they delivered. Top of the table after only losing one match, against EnVyUs Academy in week one, the Danes have proven to be the cream of the crop. Even when having to call upon emergency British talent in the form of zEO, they bounded around each other and secured a 22-18 overtime victory against Epsilon. Now set to face up against week one foes EnVyUs Academy in the Semi-Final, it’ll be time to avenge the defeat they gave us in a best-of-three match. With practice and form at all-time high levels, it’s time for the old guard of minet to join up with the young stars of KS, Basso and TeSes to make a move on the title and become the champions of the Gfinity Elite Series Season 2.

With two teams firmly atop of their tables, where does that leave us on the Gfinity Elite Series Franchise Table? Simple, we’re six points clear at the top. Our domination in the tables, and three perfect weekends, has kept us there for a while now. Not much else more we need to say there. 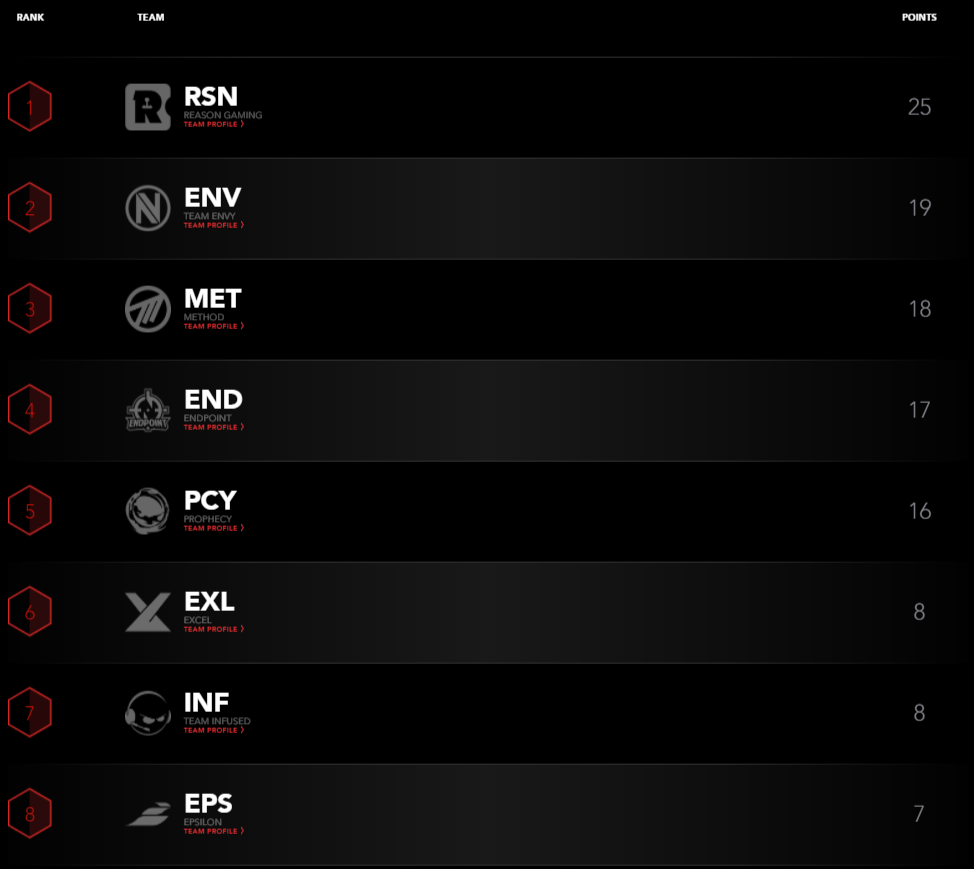 Featured Image thanks to Joe Brady